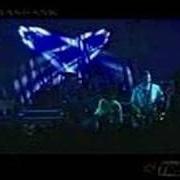 Ultraspank was an industrial metal band in the 1990s and early 2000s. The band was formed soon after Pete Murray and Neil Godfrey left their previous band, Indica. Their original name was "Spank", but due to legal reasons they were forced to change it. During an interview with Rob Zombie, Zombie suggested they should call themselves "Ultra" Spank. This is noted in the liner notes of their self titled debut.