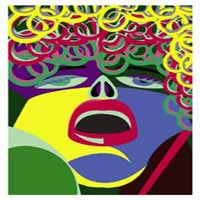 Art rock band formed in 2005 in Umeå / Sweden by Mikael Sandström (vocals, guitars), Stefan Olofsson (vocals, bass) and Peter Olofsson (drums, percussion). They perform a blend of pop that draws heavily from 20th century classical music, jazz and traditional Swedish folk. Stefan and Peter had been in a Beatles cover band called The Posers (formed in 2001) and when Mikael temporarily guested the band they found they shared the mutual interest in eclectic art rock and the idea sprung to start a new band playing original tunes. The idea was further enforced when they all converged on the recording of Stefan's solo album "Story of a Woman" (released in 2003). Rehearsals started in 2005 and took place at various obscure locations in the suburbs and villages of Umeå. In 2008 they started recording their debut album "21st Century Junk" which was released two years later as a digital download only. In late 2010 they signed with newly founded Swedish label Aerodynamic Records to release the album on CD. "Dynamo Bliss is Exporting Sticky, Trippy Recordings from Sweden." - MusicZeitgeist.com ?The Beatles meet Marillion in a time warp and stop to pick up Be Bop Deluxe along the way?absolutely brilliant!? - Keith "MuzikMan" Hannaleck-MuzikReviews.com