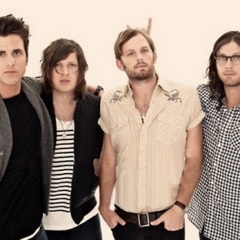 The three Followhill brothers (and one cousin) who formed Kings of Leon grew up being driven around the Southern States by their preacher father. Their indie-rock sound belies these influences in its fervent religiosity and southern rock riffs. Their debut album Youth and Young Manhood (2003) won much praise in Europe and the band began to build a following in their homeland after securing support slots on tours with U2 and The Strokes. Aha Shake Heartbreak (2004) consolidated their fanbase and included the single, "The Bucket", which broke into the Top 20 in Britain. Third album Because of the Times was their most successful yet, winning wide critical praise and topping the album charts of Britain, Ireland and New Zealand. 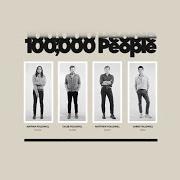 Dieser text ist falsch? ich korrigiere es !!
Oh, wave crash down on me
Until I'm whole again
Like days of old
I see myself and rise
I'm drying out in this weather
Feeling of parasites
And the time when the night feels better
Is when you don't go

Everybody has an opinion: I don't lik? most of them
Cause the lif? that we live is better living
Than living alone

The taste, as bitter as before
We could waste all the best of times 'til we know
That lights and shapes they only fade
In the hold that washes all away